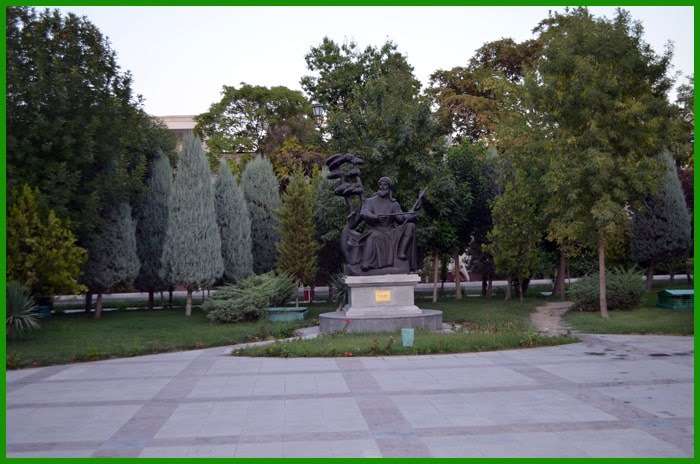 Name of trip:  Adventures in Turkmenistan

Day 1: Asgabat
Upon arrival to the airport you will be met be guide and driver. They will escort you to the hotel where you will have a rest till the lunch. After that you will transfer Nisa. You will discover that this great attraction is located 18 km West of Ashgabat rise the ruins of Nisa-the capital of the ancient Parthian state that existed at the turn of the I Millennium BC-1 Millennium AD. The ancient city of Nisa, located in the foothills of Kopetdag (Akhal velayat), a few kilometers from Ashgabat. It is one of the first capitals of the Parthian Empire (III century BC-III century AD), which is one of the largest state formations of the ancient world.  The fortress walls were 8-9 meters thick at the base and were reinforced with 43 rectangular towers. This day you will also travel to Turkmenbashy spiritual mosque in Kipchak. Then you will complete the tour with transferring to Ashgabat.

Day 2: Ashgabat – Kow-Ata – Nokhur – Balkanabat
This day you will have a chance to travel to Kow Ata. Today you will explore the fascinating sites and discover underground lake. You will discover that it is the mesmerizing creation of nature. During the tour you will discover that it is located in the cave of mount Kow, near Ashgabat, just 60 km to the West. This lake is also means as "Father of the cave".  The therapeutic water of the Kov-Ata lake contains 38 elements, including iodine, magnesium, iron, bromine, potassium, sodium, sulfate and others. It is proven that bathing in this water improves blood circulation, helps in the fight against diseases such as rheumatism and diseases of the skin and kidneys, as well as calms the nervous system and has a positive effect on the entire body.  The cave is estimated to be several millennia old. In the second part of the tour you will travel to Nokhur. You will discover that it fills a small depression valley in the mountains of the Kopet Dag Range. After that you will travel to Balkanabat.

Day 3: Balkanabat – Yangykala – Gozli-Ata – Turkmenbashy – Awaza
In the morning you will transfer to Yangykala. Yangikala canyons perhaps the most beautiful natural attraction of Turkmenistan, which can rightly be called one of the wonders of the world. This canyon was formed more than 5.5 million years ago, when the waves of the Kara-Bogaz-Gol sea Bay raged here. When the water was gone, rain and wind created this unique landscape for several millennia. The name "Yangikala" translates as "fire fortresses". Indeed, the picturesque canyons are surrounded by sheer walls of purple-red, ochre, yellow, white and fiery red colors.  This day you will continue the tour with exploring Turkmenbashy. This day you will also explore Awaza zone and rest on the shore of the Caspian Sea. This night you will rest in the hotel.