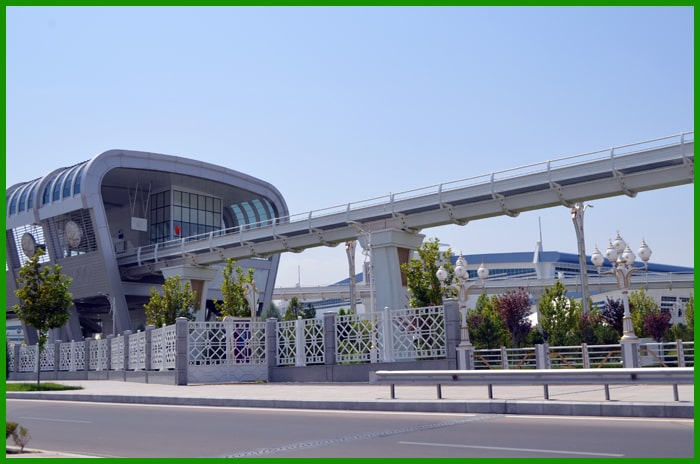 Day 1: Ashgabat
This day you will meet the group at the international airport of Ashgabat. After that you will the Ertugrul Gazi mosque. You will discover that this mosque is one of the most beautiful in the capital of Turkmenistan. During the tour you will observe that it was erected in the Turkish style and is the largest in the city. It consists of 4 minarets. The mosque is named after the Turkic ruler of the Ertugrul. You will rest the night in the hotel.

Day 2: Ashgabat
IAfter breakfast you will travel to experience Nisa. You will explore that city of Nisa.  Nisa is an ancient city of the Parthian state. As Day reports.Az with reference to Trend, 18 km west of Ashgabat, at the foot of Mount Kopetdag, rise the ruins of Nisa - the capital of the ancient Parthian state, which existed at the turn of the I thousand BC - 1 thousand AD. In the III century BC, New Nisa was the capital of the Parthian state, and the fortress of Old Nisa was a royal residence (fortress) on a hill. Then we will keep travelling to Kow Ata underground lake. Kov-ata Lake is an underground lake in the Baharden cave, located on the territory of Turkmenistan, 100 kilometers from Ashgabat. The length of the cave in which the lake is located is 750 m, and the length of the lake itself is 80 m, the width is 23 m, and the depth is up to 16 m. The water contains about 38 chemical elements and also has a constant water temperature of about 33-38 degrees Celsius all year round. After that you will travel to visit Gypjak village. You will finish the tour with transferring to Ashgabat and have a rest.

Day 3: Ashgabat – Darvaza
Today you will have a chance to discover the Carpet Museum. During the tour you will explore the art of carpet weaving was passed from generation to generation, and today one can single out several types of Turkmen carpets, each having its own individual style. Then you will head to the fantastic attraction Darwaza. The word Darwaza means "gate" in Persian. Near the settlement of Darvaza in 1971, researchers discovered an underground accumulation of gas. Geologists decided to equip the well to obtain more accurate data. It is located 90 km from the village of Yerbent. Approximate parameters of the crater: diameter-60 meters; depth: - 20 meters.

Day 4: Darvaza – Kunya Urgench – Dashoguz – Ashgabat
This day you will start the tour with exploring the prominent attraction Kunya Urgench. The ancient city of Kunya-Urgench is the former capital of medieval Khorezm, located in the north of Turkmenistan. In the Turkmen language, "Kunya-Urgench "means" old town". In ancient times, it stood near the old riverbed of the Amu Darya, on one of the routes of the famous Silk Road. In 995, Gurganj (the name it received after the Arab expansion) became the residence of the Shah of Khorezm and the second largest city after Bukhara-the capital of the Samanid Empire. After that you will take a train. This night you will rest in the  train.

Day 5: Ashgabat
Upon arrival you will explore the amazing horse farm. Today, the world is home to more than 250 breeds of horses that have been raised by humans for many centuries. The Akhal-Teke breed stands alone as a horse breeding patrol. The creation of this breed took more than three millennia. The exact date of the first appearance of the Akhal-Teke breed is unknown, but the earliest mentions date back to the IV-III centuries BC. Akhal-Teke horses have an excellent natural gait, and this is an outstanding sports horse in this field. The Akhal-Teke horse comes from an arid, barren environment. Throughout its history, it has earned a reputation for excellent endurance and courage. After that you will travel to Gokdepe village. Further you will travel to the city. During the tour you will also visit cultural and entertainment center Alem.

Day 6: Flight
Transfer to the Ashgabat International Airport to board a flight to next destination.